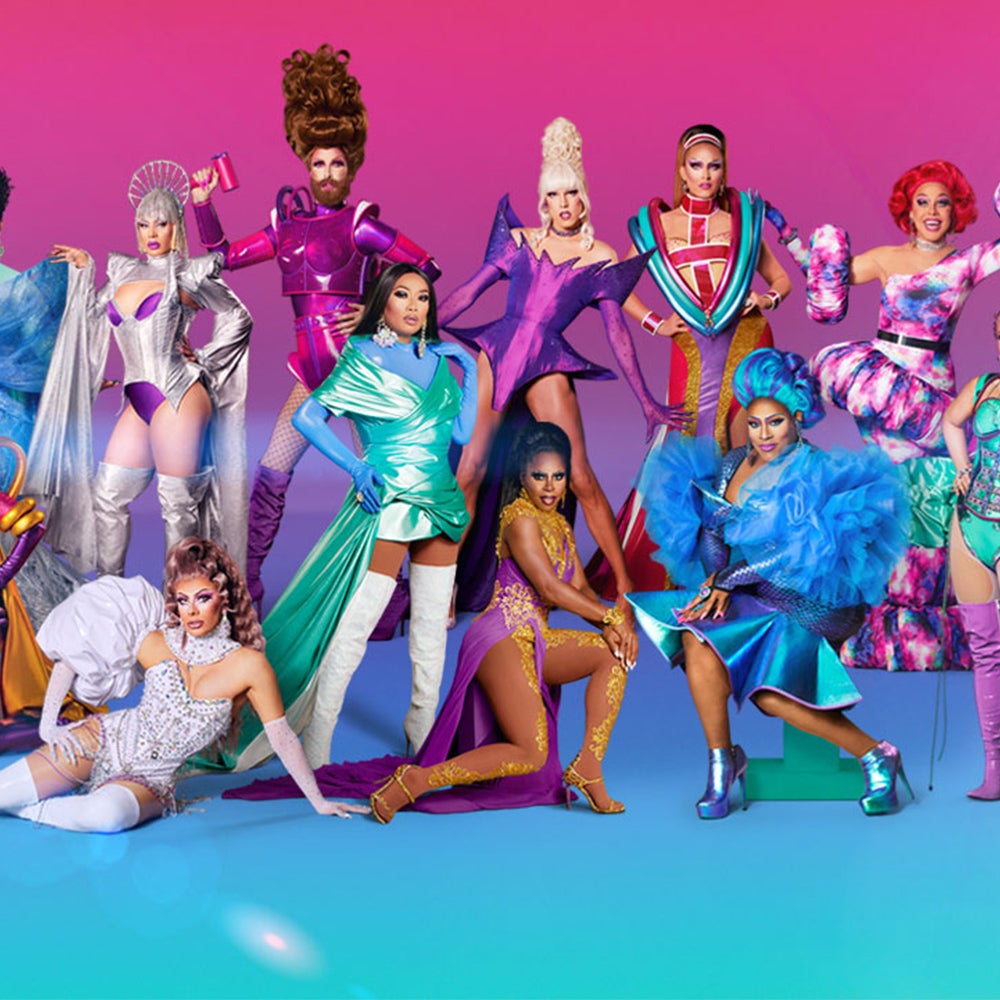 Paramount+ today revealed the cast for its highly anticipated new global singing competition, Queen Of The Universe and announced that global drag icon and multi-Emmy Award winner RuPaul will serve as an executive producer on the series. Queen Of The Universe will be available to stream exclusively on Friday, 3 December on Paramount+.

For its inaugural season, the series will bring together 14 of the world’s fiercest queens, as they vie for the title of Queen Of The Universe and a cash prize of $250,000. Each episode will showcase the contestants’ vocal prowess as they debut a new musical performance in front of a live audience and the series’ previously announced “Pop Diva Panel” of judges, which include multi-Emmy and GRAMMY® nominee Vanessa Williams, platinum-selling recording artist, three-time Emmy®-winning producer and judge of RuPaul’s Drag Race Michelle Visage, American drag superstar Trixie Mattel and three-time GRAMMY-nominated global songstress Leona Lewis. Five-time BAFTA TV Award-winner Graham Norton will serve as host.

The 14 queens from around the globe competing for the crown include:

After attending performing arts school in Australia and clown school in Paris, seven-foot-tall Aussie native Gingzilla doesn’t need much to stand out in a crowd! No stranger to competition, Gingzilla has performed on “America’s Got Talent” and “The X Factor” in the U.K. – but now this down-under diva is ready to conquer the universe.

A former top 10 “American Idol” contestant, Ada Vox is living proof that everything’s bigger in Texas – including her voice! As a performer of seven years (and counting), Ada is ready to showcase her vocal skills on a global platform and get the redemption she’s seeking.

Aria B Cassadine, the 2018 winner of Miss Gay Black America, is ready to add the Queen of the Universe title to her already extensive collection of crowns. After starting her drag journey on a dare from a friend, Aria goes to the global stage ready to score yet another win for her already impressive drag resume.

A full-time performer both in and out of drag, Betty Bitschlap will rock your socks off! When it comes to style, Betty has range; in the blink of an eye, she can effortlessly transform from punk-rock-star fantasy to a glamorous sequined gown complete with a not-a-hair-out-of-place updo.

Chy’enne Valentino has been singing since the age of 5 and broke out onstage at 18 years old, competing to win Miss Continental Plus in 2018. A former American Idol contestant who now runs her own bakery called Pound Your Cakes, she’s ready to pound her vocal chords and prove she’s worthy of the crown.

Brazilian bombshell Grag Queen grew up singing in church at an early age. She now finds herself belting to the masses on social media with two million TikTok fans, all of whom love her outrageous performances and over-the-top personality.

A double RuPaul’s Drag Race All Star whose personality has captured the hearts of millions, Jujubee is a multi-threat: lip-sync assassin, comedian, recording artist, makeup artist – she does it all! Best known to the world for her glamorous and stylistic drag, she’s ready to show the world she’s not just a pretty face – she also has some pretty amazing vocals to match!

Hometown queen La Voix has already experienced royalty firsthand, having previously appeared before the British royal family. A former participant on Britain’s Got Talent who now sells out theatre’s across the country, her name is French and means simply “The Voice!”

Leona Winter is a countertenor baritone with a three-octave voice that’s often called “tres jolie” by her fans and admirers all around the world.  Her vocal talents were showcased on France’s The Voice, where she became a semi-finalist, and later when she became the winner of The Switch (Chile’s version of  Drag Race).

Matante Alex started singing at 13 years old in her parents’ basement and soon thereafter discovered her true passion – yodeling! Matante’s name translates to “my aunt” in French, but this inventive queen with a country heart of gold is anything but traditional.

Hailing from New York City, Novaczar might be the youngest queen in the competition but isn’t deterred nonetheless. This self-proclaimed Empress of the Galaxy’s secret weapon, their voice, has been trained in opera, rock and musical theatre and is ready to rule the furthest reaches of the galaxy.

With the crown of 2014’s Mr. Gay India among her credits, Rani Ko-he-nur has over a million Instagram followers and has appeared in countless magazines such as Vogue India, Cosmopolitan, and Elle. Having also appeared in the Forbes 30 under 30 list, the trans/gender fluid performer is ready to break out on the global stage and share her gift of song with the world.

With over 30 years of stage experience and as a former performer in Cirque Du Soleil, Regina now works as a vocal coach. Regina Voce literally translates from Italian to “Queen of the Voice” – will the stars align for her to become Queen of the Universe?

Self-taught singer WooWu left her traditional Cantonese household in Guangzhou for the bright lights of Shanghai. A fan of Christina Aguilera, Cher and Patti Labelle who describes her drag persona as “pink, feminine and perfect,” WooWu comes to the competition hoping to not just shine a light on the growing drag scene in China but also to break barriers.

Queen Of The Universe is produced by MTV Entertainment Studios and World of Wonder, the producers of the Emmy® Award-winning franchise RuPaul’s Drag Race.