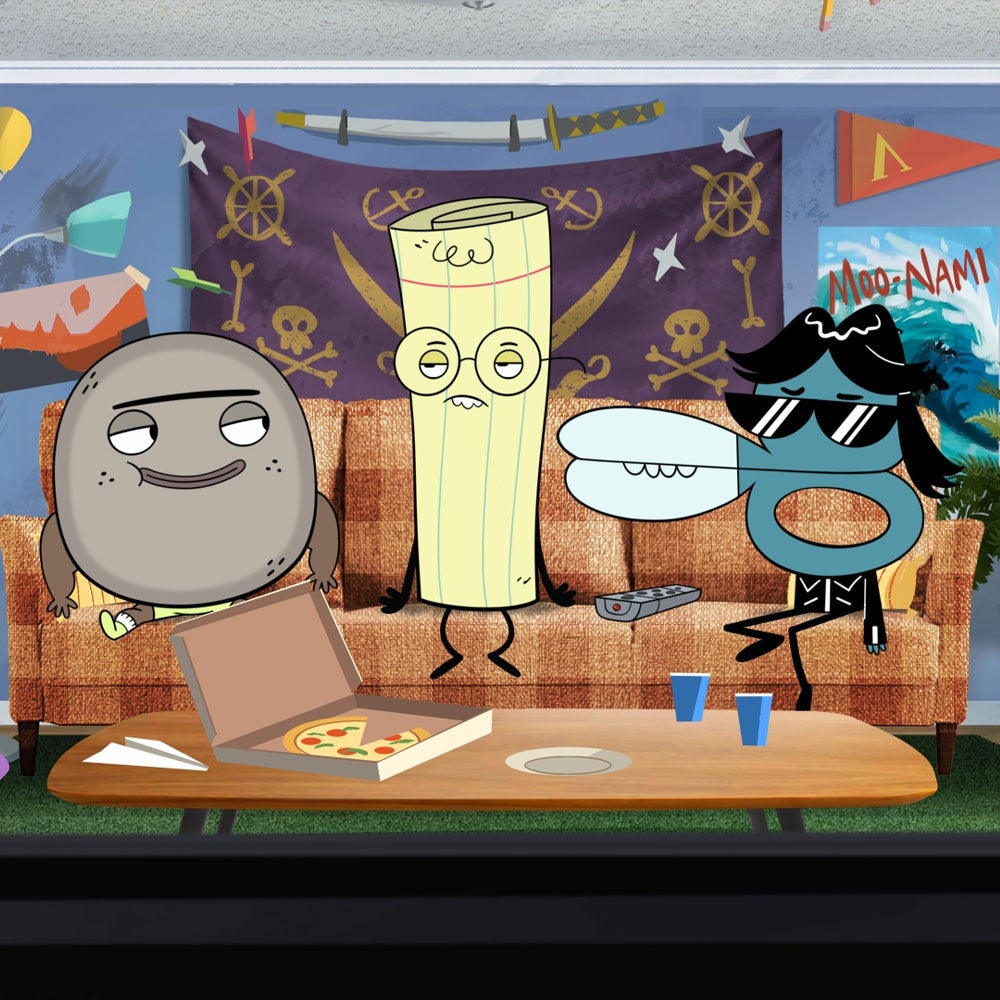 Nickelodeon’s Intergalactic Shorts Program 2.0 is opening its search for new and diverse creators from across the globe, focusing on new voices and nurturing their vision for original comedy-driven content with an eye toward representation. Today’s announcement was made by Ramsey Naito, President, Nickelodeon Animation and Paramount Animation.

Originally launched in 2019, Rock, Paper, Scissors marks the first finalised short to be greenlit for series from the inaugural program. In the short, the iconic trio of Rock, Paper, and Scissors lovingly compete with one another in this buddy comedy about the joy and messiness of friendship. Six additional projects from 2019 are currently in production at Nickelodeon, with additional information available soon.

“We knew we were onto something special with creators Kyle Stegina and Josh Lehrman and their hilarious characters in Rock, Paper, Scissors, which we are so proud to bring to series,” said Naito.

“Finding and growing talent through the process of pitch to hit is what powers our Intergalactic Shorts Program, and we can’t wait to get started finding the next great creator in animation through our program’s just-launched second phase.”

Through the 2022 Program, Nickelodeon will accept ideas from a global pool of storytellers and creative visionaries including artists, writers, and directors. Shorts will run on Nickelodeon’s platforms and are in the process of being developed into long-form animated series.

Shorts should feature one-of-a-kind, character-driven comedy and surprising storytelling, combining humour with action-adventure, mystery, sci-fi, and more. In line with Nickelodeon’s mission to make the best, original humour-driven content for kids, these creator-driven shorts offer content that is appealing to all members of the family, featuring a co-viewing lens of preschool (K 2-5) and big kids (K 6-11).