Start Warming Up For Sunday Hoops.

Start Warming Up For Sunday Hoops. 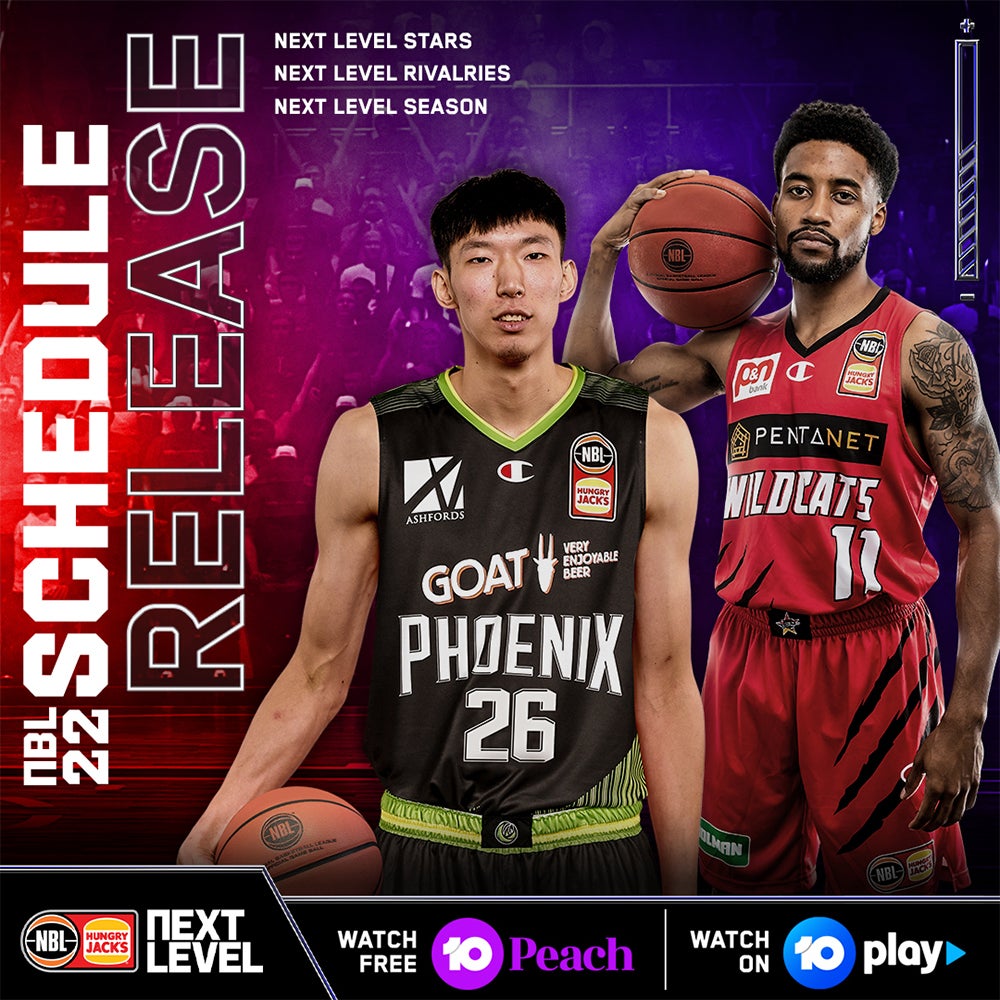 Live NBL Every Sunday From Sunday, 5 December. Only On 10 Peach And 10 Play On Demand.

The tip-off for the 2021/2022 Hungry Jack’s NBL Season has been announced, and from Sunday, 5 December fans can catch two explosive NBL matches every Sunday on 10 Peach and streamed live on 10 Play.

From 1pm each Sunday, four hours of high-octane basketball will be available live and free to sport-lovers and adrenaline-junkies alike.

Supporters will have a front row seat to the biggest games of the season, as the NBL’s best, battle it out for the coveted 2021/2022 championship.

To kick off the season on Sunday, 5 December, the Adelaide 36ers will take on the Brisbane Bullets at Adelaide Entertainment Centre, while Melbourne United will begin their championship defence against arch rival the Sydney Kings at Qudos Bank Arena. This huge match will also mark the NBL debut of ex-NBA champion Matthew Dellavedova for Melbourne United.

Adam Cush, Director of Sport Production, Network 10, said: “We are excited to bring two matches of world-class basketball to fans all over Australia every Sunday live and free.

“With a great line-up of Sunday matches, we will be showcasing the NBL’s best players and teams. It’s set to be an unmissable season.”

Jeremy Loeliger, Hungry Jack’s NBL Commissioner, said: “We are delighted to be back on Network 10 this season. Every weekend, 10 Peach is going to be the home of Sunday Hoops from 1pm to 5pm.

“This is one of the most anticipated seasons in league history with multiple bronze medal Boomers from the Tokyo Olympics coming back to play in the NBL, a host of exciting new Next Stars and the inclusion of our 10th team the Tasmania JackJumpers.”